Authors talk about how they use guns in stories, plays, and novels

A community of writers in Charlottesville, Va., offering workshops, workspace, and literary events After I wrote and published a story in which a gun shockingly but usefully appeared, Deirdra McAfee and I conceived the idea of an anthology of short stories that used guns as objects and metaphors. We solicited stories from such masters of American fiction as Annie Proulx, Bonnie Jo Campbell, John Edgar Wideman, Pinckney Benedict, Rick DeMarinis, and Jim Tomlinson, and from new voices across the country. We pitched the idea, found a publisher—the distinguished University of New Mexico Press—secured the rights, saw the manuscript through the editorial process, and are now introducing Lock and Load: Armed Fiction.
Lock & Load is groundbreaking. Most anthologies in which guns appear concern hunting and war; we built Lock & Load around the firearm itself. In those anthologies, men fired the guns, and men, mostly dead men, wrote the stories. Women gave birth to Lock & Load and women wrote more than half of its stories. Yet serious public conversations about guns’ value, and danger, to Americans have been rare. Our work publicizing the anthology is difficult and delicate but urgent. Please spend time in the worlds these stories create.

"This is a powerful, challenging and often exquisite response to our lethally dangerous  gun culture. These stories reveal our complicated relationship to weapons, and offer chilling evidence of the way violence affects our contemporary consciousness." –Roxana Robinson, author of Dawson's Fall and Sparta

I can think of no better way to continue the imperative conversation about guns in our culture than to call upon our finest writers to parse out the nuances of this complicated and divisive issue in a way that only great literature can. Whatever your stance on guns, this collection of carefully selected, masterful stories aims to broaden our perspectives. And that may well be what we need most in these troubling times.– Sheryl Monks, author of Monsters in Appalachia 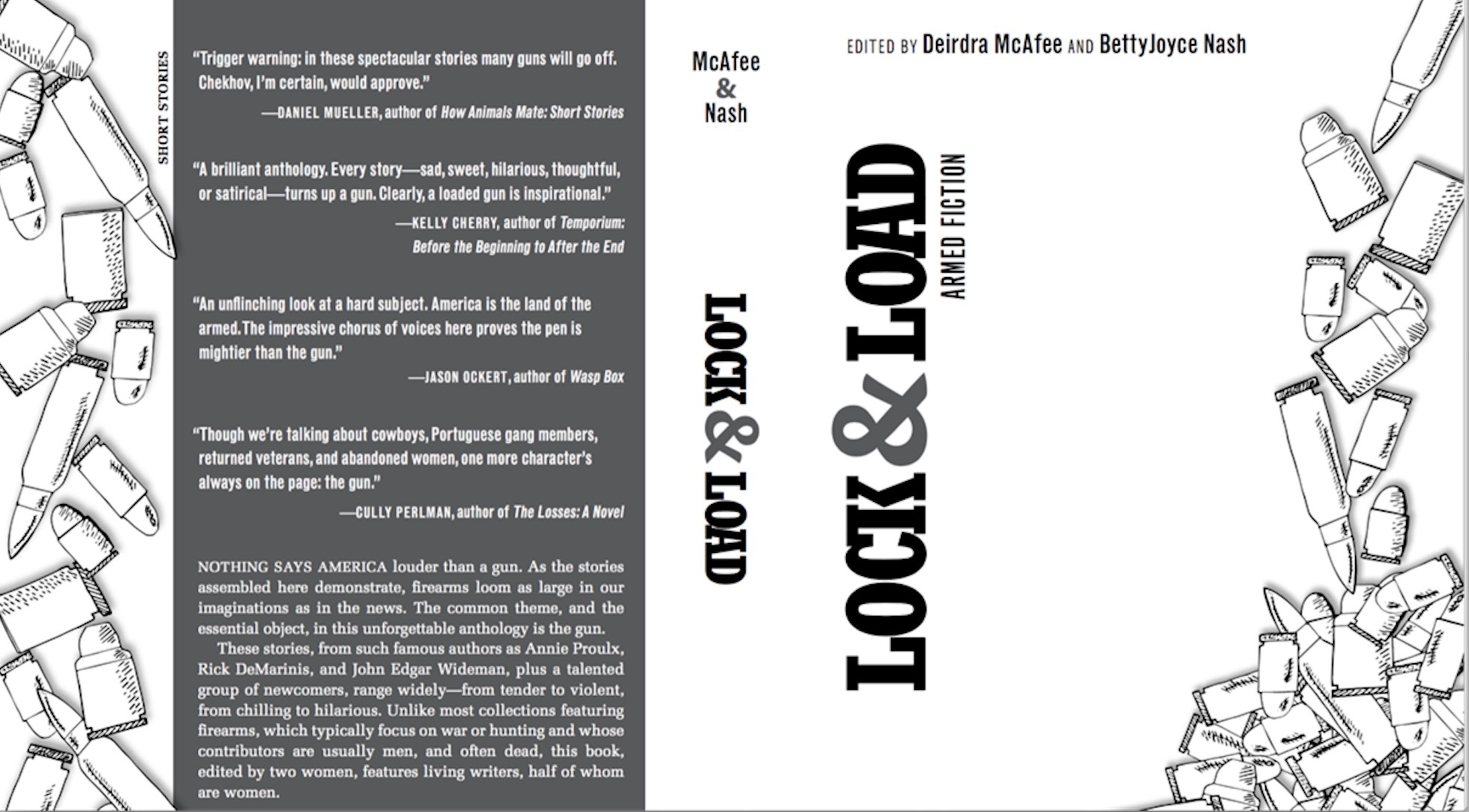 Nineteen stories that will change the way you think about guns